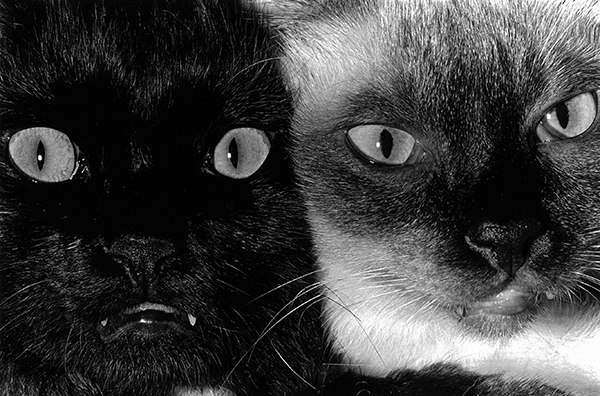 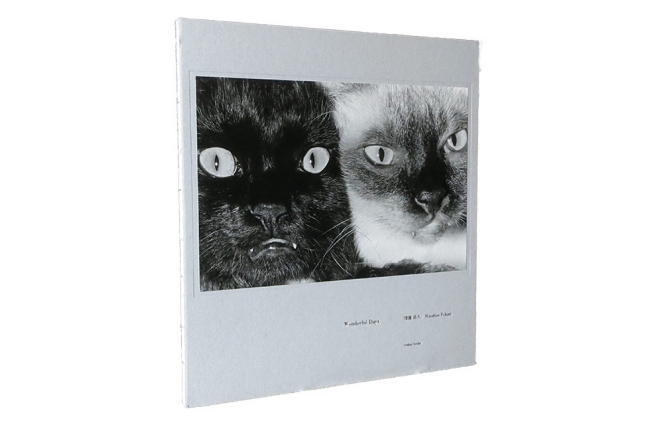 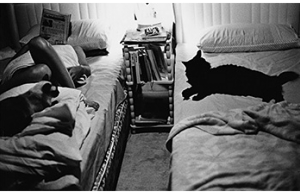 Masahisa Fukase and his wife, Yoko, began their new married life moving in to Matsubara-danchi residential complex of Soka, Saitama in 1964. they were soon joined by a Siamese cat named Kabo. A few years later Fukase brought home a black cat that he had picked up on the way home from fishing- a cat which he named Hebo. From then on the couple lived their day-to-day life with these two cats.
This photo collection was made from the the few remaining vintage prints from that the time. The work is joined by another series of photos of a cat named Sasuke which Fukase had special affection for. 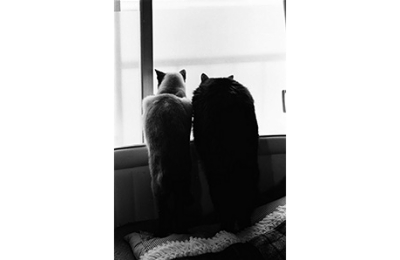